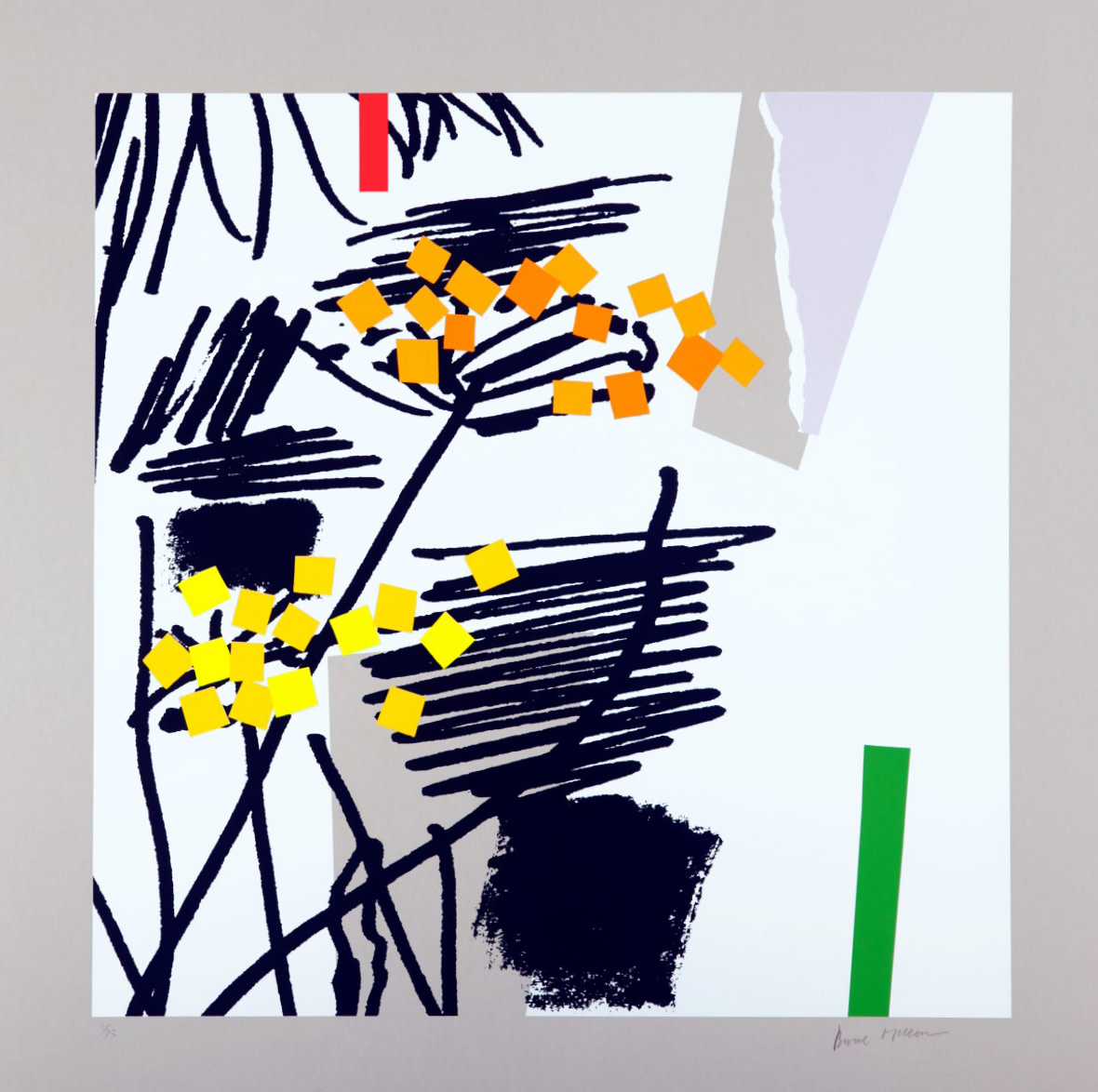 Bruce McLean is a Scottish sculptor, performance artist and painter. McLean was born in Glasgow and studied at Glasgow School of Art from 1961 to 1963, and at Saint Martin’s School of Art, London, from 1963 to 1966. At Saint Martin’s, McLean studied with Anthony Caro and Phillip King.

McLean is one of the major figures of contemporary British Art.

McLean’s work is in a permanent state of movement and invention; from the late 1960s his range of media has included painting, printmaking, sculpture, film, photography drawing and live work; in all of which humour, scepticism and wit are central. His work seeks to challenge the concept of ‘sculpture’ and indeed of ‘art’ by creating work that questions establishment thinking, materials and methods of display.

After St. Martin’s McLean went on to teach at numerous art schools including The Slade School of Fine Art, where he became Head of Graduate Painting (2002-2010). He has obtained international recognition for his paintings and prints, work with film, theatre and books. McLean’s bold and confident approach to printmaking proved influential to his contemporaries and also to a generation of younger artists. The making of prints and posters has been a central aspect of his work and continues to inform his sculptural investigations