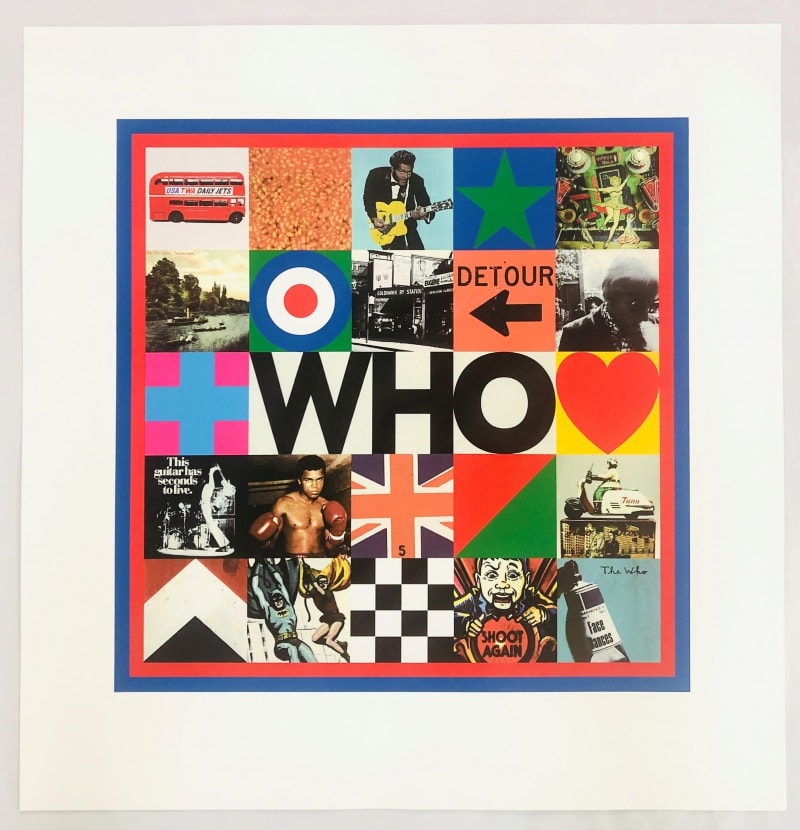 Sir Peter Thomas Blake was born in Kent, in 1932. is an English pop artist, best known for co-creating the sleeve design for the Beetles  album Sgt. Pepper’s Lonely Hearts Club Band and for two of the Who’s albums. His other best known works include the cover of the Band Aid single “Do They Know It’s Christmas?”, and the Live Aid concert poster Blake also designed the 2012 Brit Award statuette.

Peter Blake’s work reflects his fascination with all streams of popular culture, and the beauty to be found in everyday objects and surroundings. Many of his works feature found printed materials such as photographs, comic strips or advertising texts, combined with bold geometric patterns and the use of primary colours. The works perfectly capture the effervescent and optimistic ethos of the sixties, but are also strikingly fresh and contemporary. There is also a strain of sentimentality and nostalgia running throughout his work, with particular focus towards childhood innocence and reminiscence, as can be seen clearly in his recent Alphabet series. Blake is renowned for his connection with the music industry.