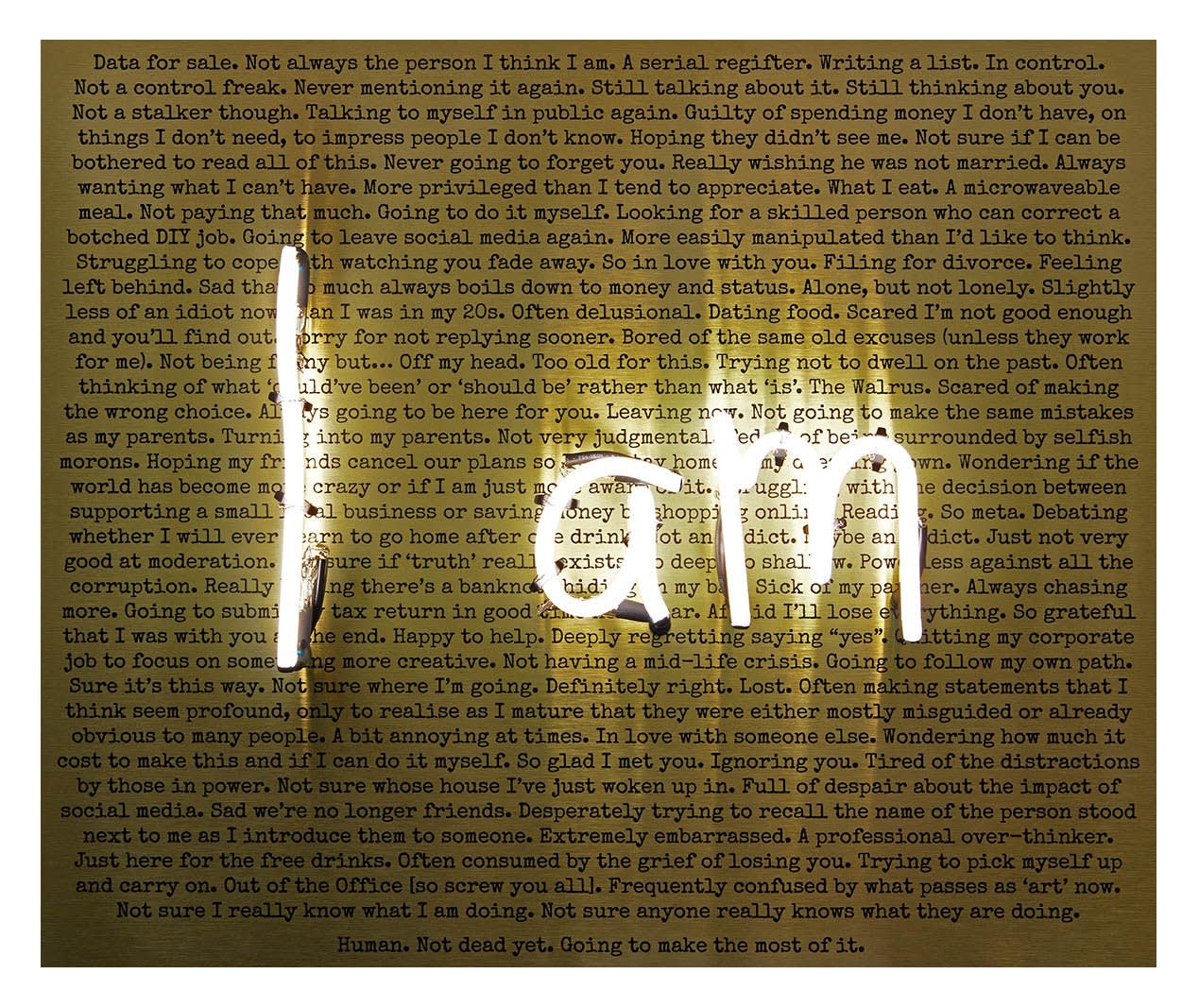 Born in 1980 in a working class area of the Midlands, Rebecca did not follow an art school path. She obtained a BA and MA in Economics from the University of Cambridge, before going on to work for 15 years in various regulatory roles in the City of London, focusing on the rules and moral obligations and practices of large global financial institutions. Many of the themes she saw and experiences she had during these times are present in the works she has produced.

Rebecca Mason is a UK based artist using light to convey the darkness within human life, existence and emotion. Exhibiting widely in London since early 2013, her detailed and distinctive quasi poetic creations have been described as “an extraordinary mix of truth and beauty through which she is able to engage her audience with brutal observations about life, love, money and culture using her honest, and often humorous, interpretation of the modern world“. Rebecca divides her time between the UK’s capital city and Folkestone on the Kent coast, where she moved from East London in mid 2016.

Rebecca had firmly established herself on the London neon art scene by mid 2015 having released over 40 artworks incorporating neon (or argon – most of the lights use argon) in the 2.5 years prior. At the time of writing (mid 2018), Rebecca has created over 70 different pieces.

Rebecca’s work is a distinctive style, often incorporating typed text backgrounds upon which sit a neon or argon filled glass word or phrase in her own handwriting, always separate letters (never cursive joined up text). These backgrounds cover different takes and elements on the the overall theme (as captured by the light itself) and are occasionally accompanied by relevant imagery. The background text is written by Rebecca herself (bar a couple of pieces incorporating short lyrics or quotes, copyright always covered where needed) meaning she spends a long time coming up with content, analysis and angles on a theme. Some works have been in progress for 3-4+ years as she dips in and out of the subject matter and refines ideas to reach her final text, order, placement and message