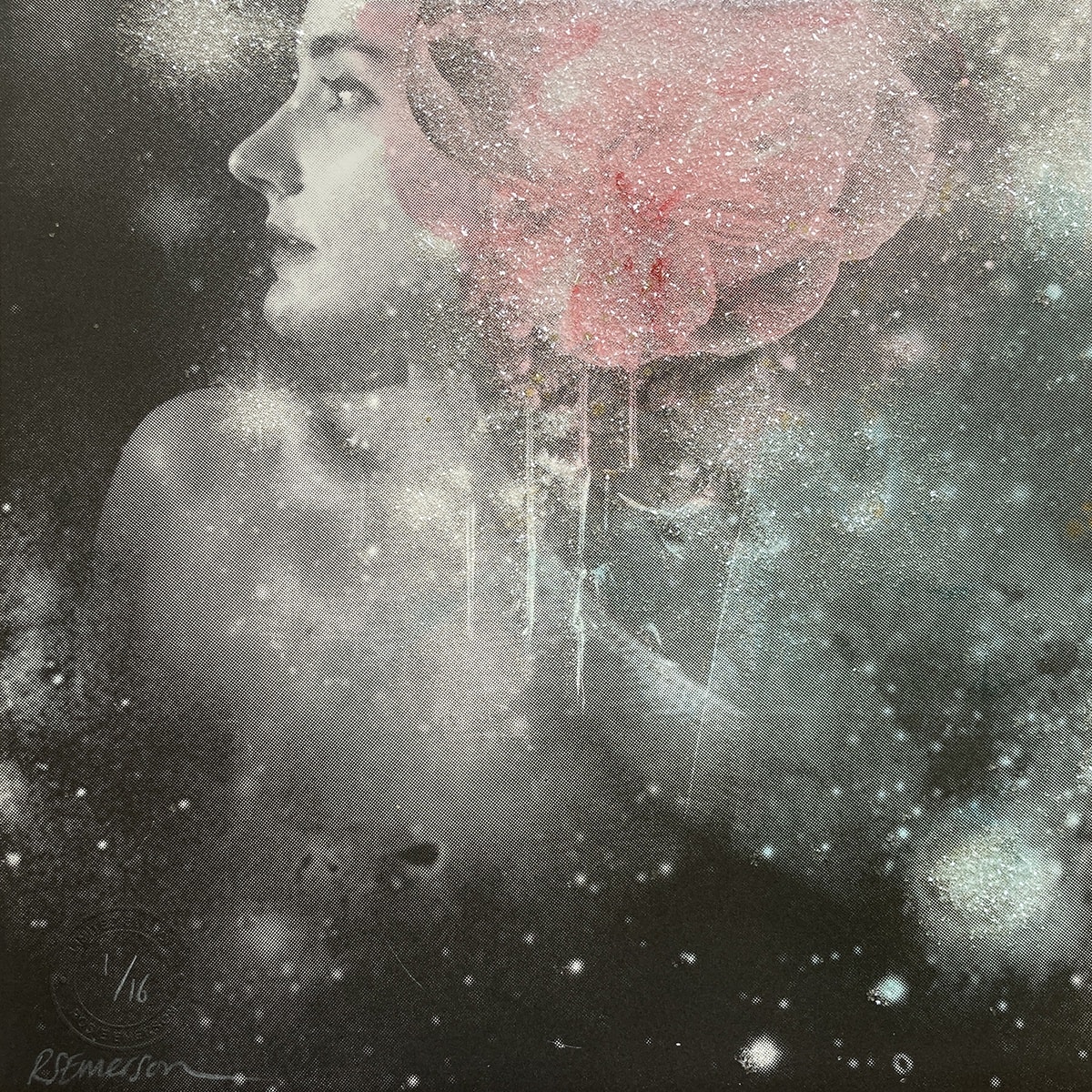 ‘Born from the verdant greens of Dorset in the South West UK, Rosie Emerson pursued an artistic career that felt like a natural progression for her, most of her family having also pursued creative paths. This deep-rooted involvement with nature from such an early age is so clear in her works while maintaining an urban edge. The soft silhouettes of her models echo vegetal forms in their elegance, such as a swaying tree branch or a tall and wilting flower, furthered by the sawdust and charcoal that Emerson often finishes her prints with. Emerson confirms natural forms as one of her main influences, along with silhouettes and the rambling treasure troves in the V&A Museum.

Having first discovered printmaking when studying Fine Art at Kingston University in 2004, Emerson found great appeal in printmaking; the ability to layer, combine mediums, source new techniques and rediscover traditional ones fit so well with her layered and textural style. Her ability to utilise more traditional subject matter in a totally unique way is what has attracted publications such as Vogue and The Sunday Times to feature her works, and enabled her to exhibit internationally.

‘Emerson capitalises on the traditional trope of the female silhouette by subverting the conventional shape, often portraying her women with extended, trailing limbs that place them somewhere between supernatural figure and supermodel. Emerson describes herself as sitting in ‘an unhappy paradox’ with the work she makes, being lured by the beautiful, but overcome with the desire to subvert, explore and change it. As bombarded by imagery of the ‘perfect’ female form as we are in contemporary pop culture, Emerson uses innovative techniques to create depictions of strong, different and beautiful women that find their power in nonconformity.’ Nelly Duff Gallery

‘Through witty collage she explores our relationship to the environment and our fetish for celebrities and beautiful models, their bodies etioted, as though they have subsumed the pedestals they were placed upon.’ Sarah Jane Downing, The Big Issue
‘Beautiful, highly original and certainly collectable ‘ Will Ramsey, Sunday Times Style Magazine