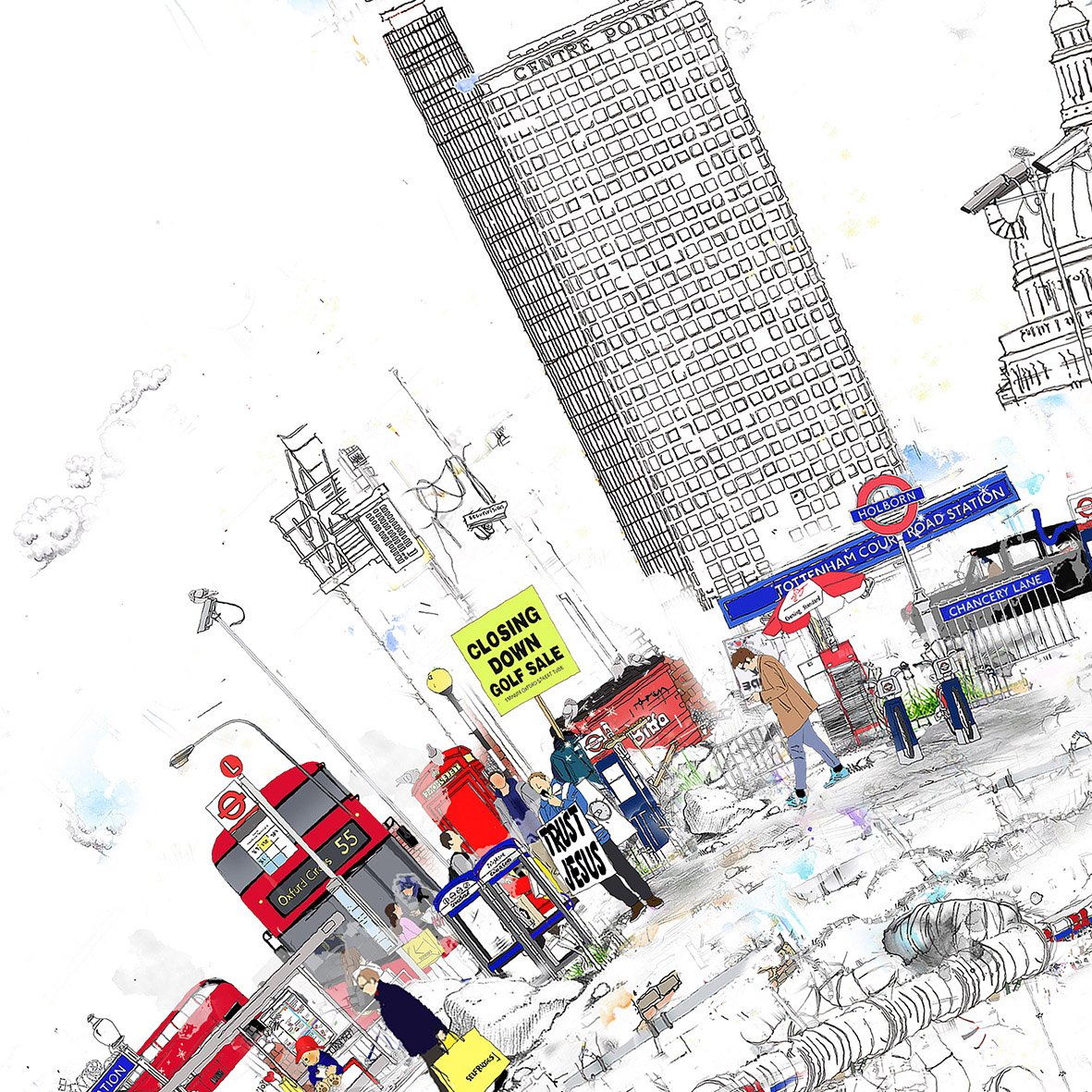 Laura was born in 1984 and grew up in Haslemere Surrey.

She moved to London in 2004 to study and after graduating continued to live and work in East London.

Often compared to some of the world’s greatest draughtmans, Laura Jordan’s ability to put pen to paper and map out complex, yet aesthetically pleasing and stimulating cityscapes, is pure creative genius. Her fascination with society, in particular the issue of class in poorer urban living environments is the stimulus of her creativity that subsequently has led to the depiction of the world’s major cities. Nestled into the narrative of each piece Laura’s work features thought provoking social commentary in the stories; usually of events and policies within the city she is depicting.

Laura takes her inspiration from visiting cities and captures her ideas initially through photography. On a single visit to a city she will tend to capture between 500 -2000 moments on camera. As well as photographing for research Laura will spend a large amount  of time people watching and trying to understand how the people of the city function and move about their daily lives. She divides her attention between the physical spaces colour and shape of a city and the cultural economical and social behaviour of a city, eventually being able to combine the different elements and making visual connections.